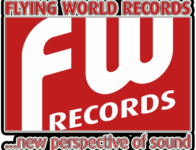 Mister Gong, alias, Ingo Frischeisen describes his music as a journey through space. I tried it in my taxi for several nights and was lucky that as a veteran driver I always found my way back to my kitty at the end of the shift. Some of my guests were lost in space after just one ride.

Vita: Ingold has been a musician around the world since 1984. He has performed in festivals in cities such as Munich, Cologne, Hamburg, Berlin, Warsaw, Gdansk, Amsterdam, Utrecht, Athens, Thessaloniki and Eilat and appears in clubs in a wide variety of formations.

Solo artist: Between 1990 and 2003 Ingold appeared as a solo artist with various DJs (e.g. “Underworld“, DJ “Per Paradise“, “Dimitri Amsterdam, hi-tech-soul”, “Dimitris Athen”, Datcho “and many more). Ingo repeatedly appears at festivals as a guest musician of various bands (including “Embryo”), where he was able to bring his arts with the gong and as a multi-instrumentalist.

Film music: in addition to the composer Marc Teichert, Ingo created 13 titles for the film “The Founder” in collaboration with the musicians, Matthias Holleger and Stefano Ferrara, in which Ingo was able to demonstrate his acting talent alongside the folk actor Helmut Krauss.

In addition to the film, Ingo started collaborating with international artists in Berlin on the piece “Get in, please”. The fusion of poetry and experimental music.

Ingo has been working on the music label “Flying World Records” since 2015, as well as working on the film project “Under ConTroll”, which celebrated its premiere in Baden Baden on December 15th. Here Ingo fresh iron plays the gendarme Galabru.

Ingold’s personal dream is to inspire all nations, through music and a new vision of the future, to coexist in    peace with each other and their precious environment.